Springfield’s Mill Race is a little-known treasure-trove of nature, recreation, history, and local identity. Have you been there recently? Do you know what it used to be, and why it looks this way now?

Our new City webpage showcases information about the assets and history of this culturally rich area. Find it at bit.ly/springfieldmillrace.

What is the Mill Race?

The Mill Race is an almost 3-mile-long waterway surrounded by acres of natural, agricultural, residential, and industrial land along the southern edge of the City. It offers recreational spaces, restored habitat, and educational opportunities for fans of history, the natural sciences, biology, engineering, and more.

The Mill Race is fun!

The Mill Race area includes a paved, 2.7-mile multi-use path with three trailheads managed by Willamalane Park and Recreation District. Parks along the way offer swimming, boating, fishing, frisbee golf, 10 water-themed art murals, downtown access, and more. Cyclists can ride paved paths from Clearwater Park in eastern Springfield all the way to the bike trails of Eugene in the west, by way of Jasper Trailhead, Booth-Kelly Trailhead, through a Downtown Springfield detour to Island Park and D Street, and connecting to the Ruth Bascom North Bank Path and Pre’s Trail, heading into Eugene.

Where did the Mill Race come from?

Springfield’s founder, Elias Briggs, and his father Isaac first dug the Mill Race in 1852 with a shovel and a plow. They connected an inlet from the Willamette River to existing water channels. The young city grew up around the industries fueled by the flow of water through that channel. The first businesses on the Mill Race were a grist mill (for grinding grain), waterpower mill, and sawmill. Springfield officially became a City about 30 years later, in 1885.

In the 1980s, after a century of industrial use, the City received a donation of more than 120 acres of Mill Race land that included a dam and large mill pond for transporting logs. The land was at risk for becoming a muddy, polluted, environmental mess, so City staff recognized something had to be done.

Over a span of four decades, successive City leaders, City staff, agencies, and community partners remained committed to the vision of making the Mill Race into a community asset. They sought public feedback on what to do with the area in the 1990s, found funding and settled on the design with the assistance of the U.S. Army Corps of Engineers in the 2000s and 2010s, and underwent landscape-altering construction from 2009-2017 to create stable water flow, fish-friendly habitat, Oregon’s largest stormwater pond, native vegetation, and forward-thinking shade projects. The Mill Race Path opened to the public in 2017. Upkeep and development of the native plants, trails, and park facilities continue today, thanks to Willamalane and others.

Springfield’s Mill Race is made for you. Please head out there and enjoy it! 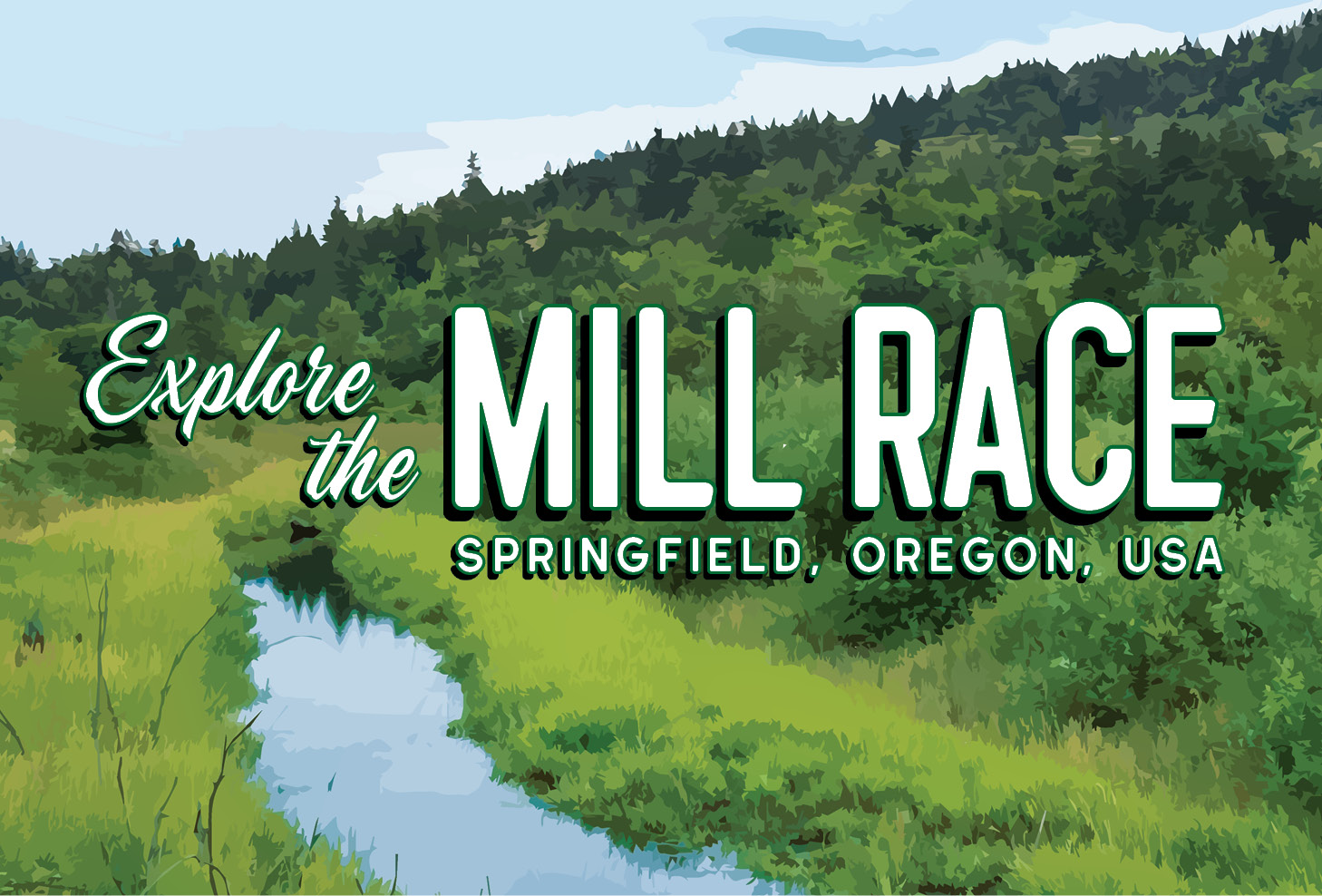