The Office of the Chief provides direction for the police department through planning, organizing, staffing, directing, coordinating, reporting and budgeting activities of the department.  The main goal is to provide the leadership necessary to direct the efficient and effective administration of the department in a manner that is consistent with the department’s  mission, values and goals.  Primary objectives are responsiveness to citizen concerns, accountability, positive community relations, and positive employee relations. 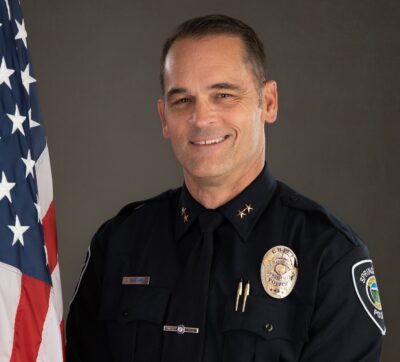 Chief Andrew Shearer began his public safety career in 1992 with the Portland Police Bureau. During his tenure he worked a variety of patrol, investigative, and administrative assignments and rose through the ranks of Officer, Sergeant, Lieutenant, Captain, Commander, and Assistant Chief of Police, prior to his retirement in 2020.

During his early career he served as a community policing officer, neighborhood liaison officer, field training officer, instructor, investigator, and tactical team member.  As a sergeant he led uniform patrol officers at two precincts and was later assigned to the Tactical Operations Division as team leader for the tactical unit, directing the response to high-risk incidents across the city.

As Commander of the Tactical Operations Division, he worked in close collaboration with the Mayor’s Office of Violence Prevention, the U.S. Attorney’s Office and other state, local, and federal partners in the effort to reduce gun violence and the long-lasting trauma it leaves behind in our communities. He improved interagency collaboration, utilization of cutting-edge technologies, and enhancement of data analysis capabilities to drive strategy.  He also served as lead critical incident commander for the city.

Chief Shearer is a graduate of the FBI National Academy, the Police Executive Research Forum’s Senior Management Institute for Police, and the Oregon Association of Chiefs of Police Law Enforcement Executive Leadership Institute. He earned a Bachelor of Science Degree in Administration of Justice from Portland State University and holds a Master of Science Degree in Strategic Leadership from the University of Charleston.

He has received numerous commendations and awards during his service to include Distinguished Service Medals, Unit Commendation Medals (2 With Valor), and the Achievement Medal.

From 2018-2022, he served on the board of directors of the Portland Police Sunshine Division, an emergency food and clothing service provider and also volunteers with “Team Rubicon”, a veteran based disaster relief agency.  He has enjoyed raising awareness for and supporting the athletes of Special Olympics Oregon for many years.

Chief Shearer promotes a leadership style that is collaborative, inclusive, authentic, and focused on partnership with community and public safety stakeholders. 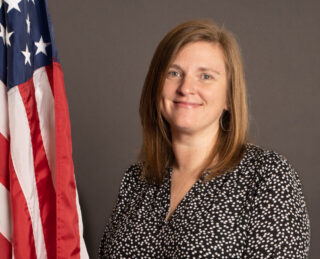 Jessica Crawford has lived in Oregon most of her life. After graduating from Pleasant Hill High School, she attended New Mexico State University where she earned a Bachelor’s Degree in Business Administration. Jessica has worked for the Springfield Police Department since December 2004. During her career at SPD, Jessica has held positions as a Police Records and Communications Specialist, IT Business Analyst, Management Analyst supporting the Office of the Chief, and is currently the Business Services Manager. 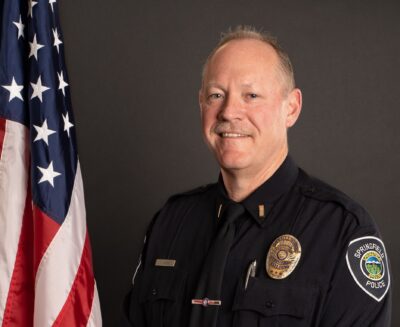 Lieutenant Rappe’ is a lifelong Oregonian.  He graduated from Lebanon High School and attended Oregon State University where he earned a Bachelor’s Degree in Business Management.  In 2006 he also received a Master’s Degree in Criminal Justice Administration from Boston University.

Lt. Rappe’ began his career at SPD in 1991 and was promoted to the Investigations Division in 1996. During his time with SPD he has spent 13 years on the SWAT Team, 11 years as a Detective and 7 years as a Sergeant and the last 7 as a Lieutenant.  As part of the Command team Lt. Rappe’ has overseen Internal Affairs, the Springfield Municipal Jail, Operations Support, and is currently the Operations Division Lieutenant. 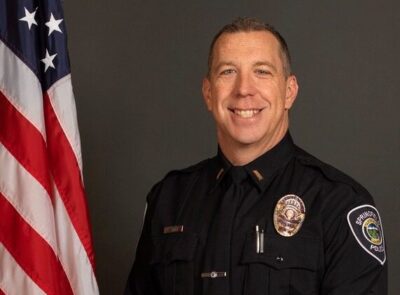 Lieutenant Crolly has lived in the Springfield area for over 23 years and is a veteran of the United States Air Force.  Since being hired by SPD in 1998, Lieutenant Crolly has worked in various assignments, including Patrol Officer, Detective, and Sergeant.  Lieutenant Crolly has been a member of SPD SWAT team for over 19 years.  He has a Bachelor’s Degree in Criminal Justice Administration from Portland State University. Lt. Crolly currently serves as the Operations Support Division Lieutenant. 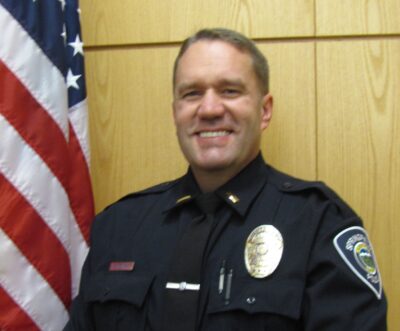 Lieutenant Neiwert has lived in Springfield for over 21 years.  He spent one year at Linfield College, before transferring to Northwest Christian College, where he earned a Bachelor’s Degree in Business Administration.  Lieutenant Neiwert began his law enforcement career with the Lane County Sheriff’s Office, working at the Lane County Jail for about two years.  Lt. Neiwert has worked at the Springfield Police Department for over 21 years.  During his career he worked as a Patrol Officer, the School Resource Officer (SRO) at Thurston High School, spent eight years as a Detective, 18 years as Emergency Vehicle Operations Course (EVOC) instructor, 13 years on the SWAT Team, 5 years as a Hostage/Crisis Negotiator, and two years as a Patrol Sergeant.