Thank you Springfield voters for the passage of the Bond Measure 20-296!

Stay informed about the GO Bond Measure street repair projects by signing up on our e-update list. Use the below button to sign up and you will receive email updates automatically!
A

Looking for current construction projects and their details including traffic impacts? Go to our Current Construction Projects page:
A
A 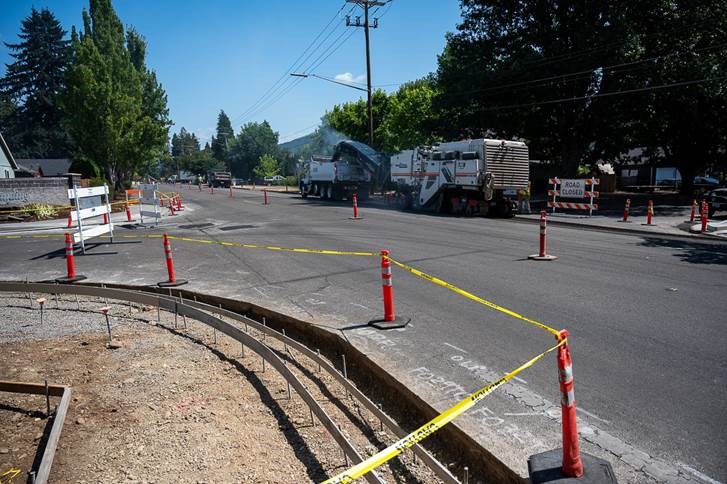 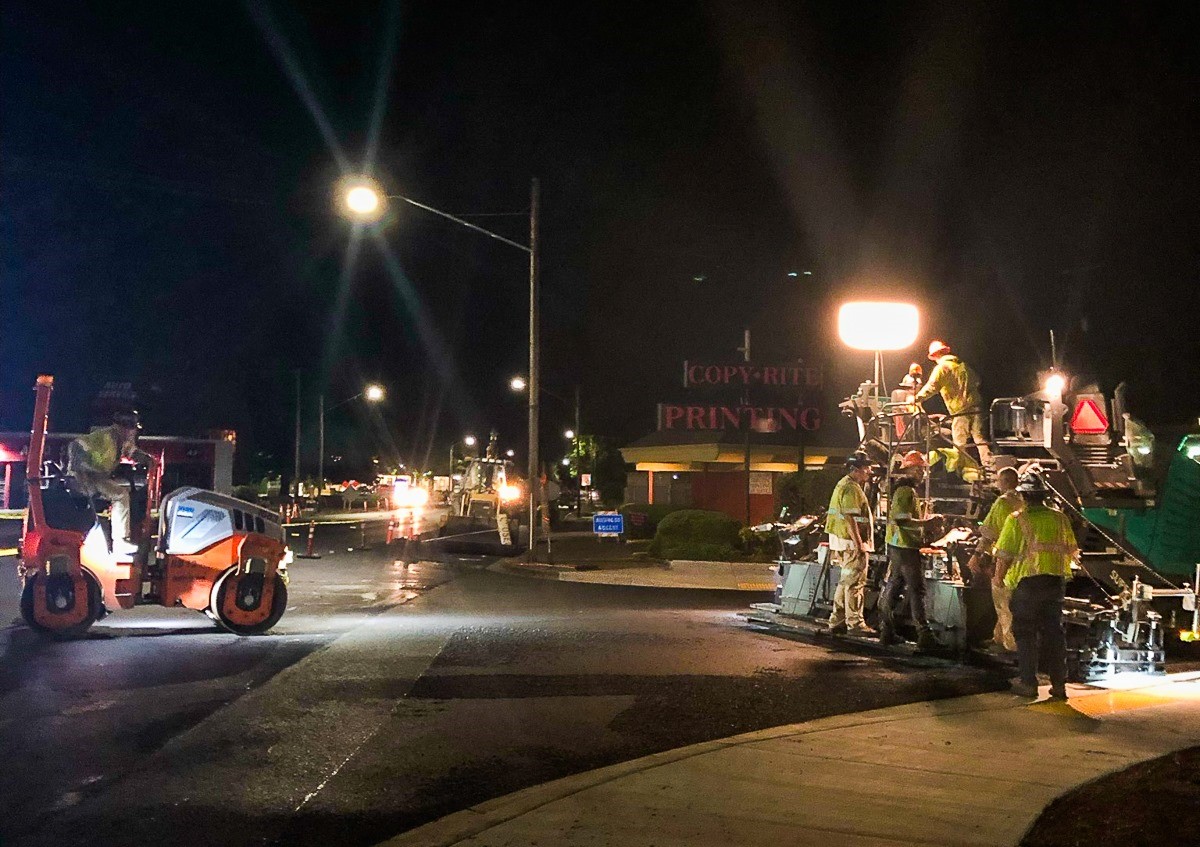 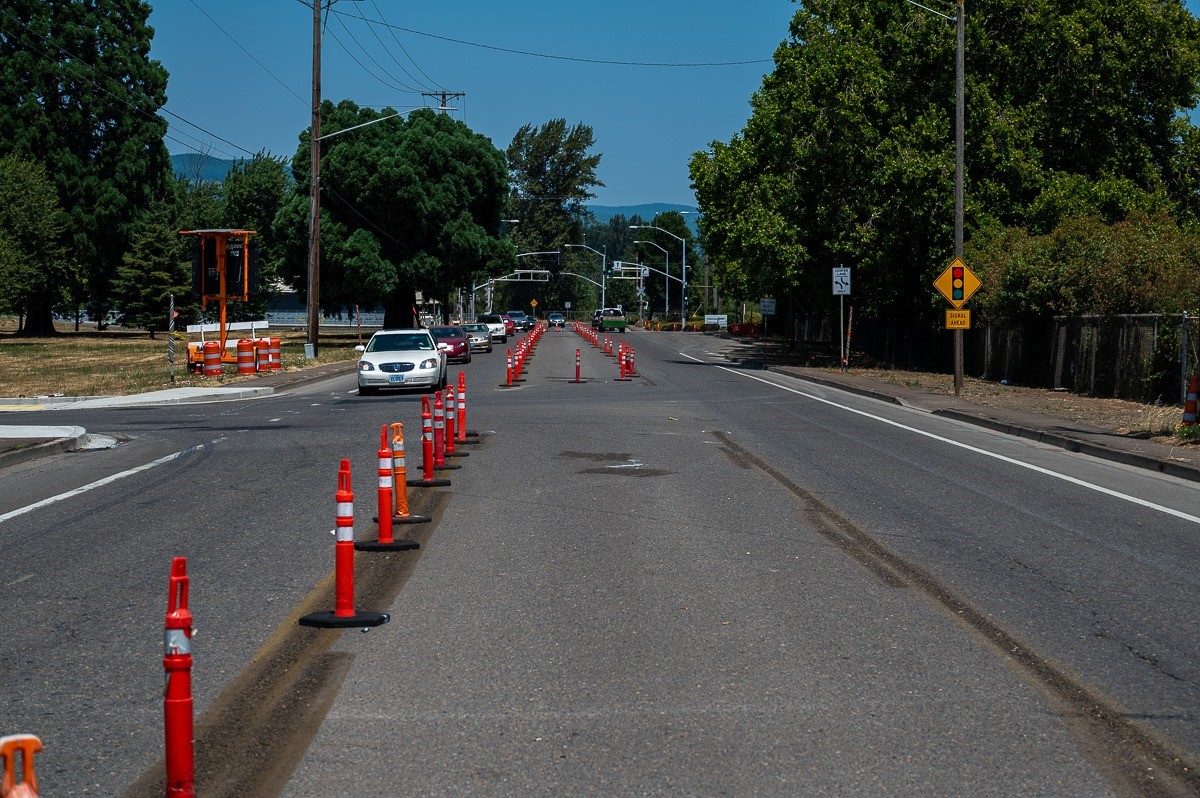 At their July 2, 2018 regular meeting, the City Council passed a resolution to refer a bond measure to the November 6, 2018 election. Bond Measure 20-296 proposed a five-year $10 million general obligation bond to fund repairs of a list of proposed city streets. The cost to fund this bond is estimated at $0.50 cents per $1,000 of assessed value each year for five years beginning July 1, 2019. The bond is based upon the assessed value, not market value. The median assessed value of residential property is $160,000. At this value, the homeowner would pay approximately $79 per year in estimated taxes, which is about $6.58 per month. Funds raised go toward street repair projects only and an annual report is published of the repairs completed. If the measure didn’t pass, the projects listed would not be completed and the estimated additional tax assessment would not be made.

Overview – Provides information and history about the City’s Street Preservation and Repair Program.

Interactive Street Map – Click on the map below to view streets on the project list and estimated cost.

Springfield Streets by the Numbers – Stats on how many miles of streets and sidewalks, number of street trees, and other street infrastructure the City maintains.

Informational Mailer to Springfield Registered Voters – Informational mailer sent by the City in fall of 2018 to all registered voters who live within the city limits.

If you have questions email dpw@springfield-or.gov.

Why did the City build phase 1 of the New Franklin Boulevard project instead of using funding for street repairs?

The City’s backlog of street repairs is approximately $35 to $40 million. Fixing the streets through preservation and repairs would cost 4 to 10 times less than street reconstruction in the future. The City received $5.43 million in state and local taxes, grants, and fees for fiscal year 2018. This funding is used to maintain and operate the street system and includes street lights, traffic signals, pavement markings and traffic signs, sanding and winter storm clean up, street sweeping, street tree and landscaping, pothole repairs, mandatory 811 utility locates, traffic engineering, bridge maintenance, and limited sidewalk repairs. These infrastructure pieces and the equipment used to maintain and operate them also have a preservation and repair cost.

The new state transportation revenue stream is based on estimates of revenue related to tiered gas tax increases over the next 10 years. The City’s understanding is it will receive about $875,000 per year from the State per the statutory formula for 2018 and 2019, which is based on the first 4 cents per gallon gas tax increase and title fee increases statewide. Then the state gas tax will increase by 2 cents per gallon again in 2020, 2022, and 2024 at which point the full 10 cents per gallon increase from the 2017 funding bill will be completely implemented. Beginning in City’s fiscal year 2025, annual revenue to Springfield from the new state transportation funding bill is estimated to be about $1.9 million per year. The additional funding to be received will help to better manage the City’s street system but will not address the entire backlog of street repairs.

What about the discretionary federal funding Springfield receives through the Central Lane Metropolitan Planning Organization (MPO)?

Every 3 to 4 years, the Central Lane MPO allocates discretionary federal transportation funding for transportation improvements to be spent in the Eugene-Springfield Metro area. Springfield on average receives about $1.5 million annually from these funds and must match funding received with 11% to 20% local non-federal funding. Most recently the City used this money to complete roadway surface repair on segments of Gateway Street, A Street and Thurston road. In the 2019 – 2021 allocation period, the City will use this funding to do street surface repairs to 28th Street and a complete reconstruction of Mill Street.

This information was reviewed by the Oregon Secretary of State’s Office for compliance with ORS 260.432.